A going away party for the ages... 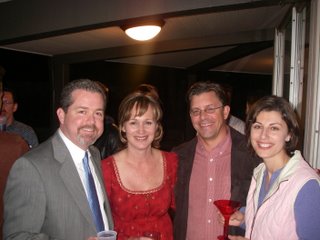 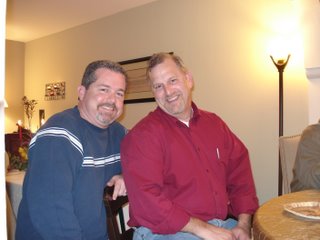 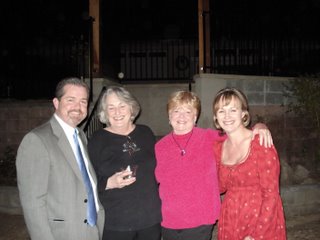 We were blessed with the gift of a going away party hosted by some friends at church. The party had an English theme (appropriately enough), and so there were a handful of James Bonds, some Bond Girls who were a handful, and one glorious Rumpole of the Bailey (the pastor of our church). We ate shepherd's pie, bangers and beans and sticky toffee pudding made by my mother-in-law.

But the best part was mingling and talking about our move with these friends we'd worshipped with and served with for the last 10 years. Church has a lot of functions, but one of the most important is the role it plays in helping people identify their gifts, providing the chances to test them out, and helping disciples find their places in ministry. Glendale Presbyterian Church has done that for Julie and for me. After a long hiatus, it was a pastor at GPC that cajoled me into preaching again. That was about 15 preaching dates ago--I rediscovered that gift and calling in the context of life at this church, and for that I will always be grateful. Julie has been involved in children's ministry here for the last few years, and has taken on new challenges in that role, things she wouldn't have tried without the support of this church. Put another way, we simply would not be in a position to make the move to serving the American Church in London without the encouragement and nudging of Glendale Presbyterian Church.

At the party my brother-in-law and close friend made a teary speech (it's bringing tears to my eyes just remembering it). He went through the various points in time in our relationship, how I pursued a friendship with him, and wept as he told me he loved me. I got to say back to him, and I'll say it here as well, that I sought him out because he's an amazing man, and that I'm a better man for having known him. Billy, I love you too. (That's the two of us above at Thanksgiving this year.)

Goodbyes are hard, but some are better than others. The Artimes and other hosts really outdid themselves in giving us a chance to say 'thank you' and farewell.